What Is Celebrity Worship Syndrome?

Celebrity Worship Syndrome, or CWS, is the complete obsession with any given celebrity and the addiction to knowing all of the details of a celebrity's personal life. The term "Celebrity Worship" was originally coined by Dr. Lynn McCutcheon in the early 2000s, whose research was based off of the publication of journalist James Chapman. Chapman's article, "Do You Worship The Celebs?" was reporting on a study published by Dr. John Maltby and colleagues in the Journal of Nervous and Mental Disease. CWS was initially an acronym for the ‘Celebrity Worship Scale’ used in the study, which aided in the conclusion that approximately 36% of the British population was suffering from some form of the syndrome. The study was conducted as follows:

"Dr. Maltby and his team identified three independent dimensions of celebrity worship. These were on a continuum and named (i) entertainment-social, (ii) intense-personal, and (iii) borderline pathological.

• The entertainment-social dimension relates to attitudes where individuals are attracted to a celebrity because of their perceived ability to entertain and to become a social focus of conversation with likeminded others.

• The intense-personal dimension relates to individuals that have intensive and compulsive feelings about a celebrity.

• The borderline-pathological dimension relates to individuals who display uncontrollable behaviors and fantasies relating to a celebrity."


The effects of Celebrity Worship Syndrome can come in two forms. When worship is carried out for "social and entertainment reasons," the individual consumer of celebrity information is positively impacted with increased optimism and a sense of involvement and knowledge. Those who consume this knowledge for personal or more obsessive reasons were linked to suffering from solitude, depression, impulsivity and anxiety among other consequences.


The root of the celebrity obsession is produced by the media’s spread of personal information and the everyday updates of celebrity lives that would normally only be known about if one is very close to another person. In this way, many people feel close and on an intimate level with celebrities, yet the one sidedness and unattainability causes people to view celebrities as being on a manufactured pedestal in the same way that the intimacy and simultaneous distance between one and their, say for instance, ex-boyfriend/girlfriend, creates an idolization of that ex-significant other.


Many articles suggest that celebrities are viewed as being the new divinity in that in today’s world, they are worshiped in a somewhat parallel fashion to religious figures. This can be seen in the cultural mimicking of celebrity actions, behavior, apparel, etc., as well as a consistent consumption of their image in tabloids, films, art and so on. Celebrities have become idolized and worshiped. Yet, the obsession may stem not from their idolization but from the normalcy of their representations in, for instance, the People Magazine section which states “celebrities are people,too!” or in the ability to follow celebrity social media in real time and understand intimate details of their lives.


As consumers of pop culture, we see these celebrities on a normal basis in many platforms of our lives, yet they will never see us. The intimate details of their greatest pitfalls and most massive accomplishments, or their life milestones and time lapses of their careers subconsciously create a relationship between us, as consumers, and them as celebrities. We “love” or “hate” certain celebrities because we think we know them, because, in a sense, we truly do. However, our intimacy cannot be equally reciprocated. They are a part of our lives, our friends’ lives and our family’s lives, but we will never be a part of their lives.


This obsession and one sided relationship is known as Celebrity Worship Syndrome. Seems silly right? But it is real and so are the repercussions. This sort of devotion often leads to the cultivation of fans believing that they have a sort of “special relationship with the celebrities,” for the consumption, obsession and knowledge of the personal details of the celebrity’s lives has the capacity to impress the idea upon various fans that they could not possibly know these small life details unless they did, in fact, have a real relationship. This delusion that involves “empathy [and] over-identification” with the celebrities can be termed “parasocial” relationships, or one-sided relationships that are dominating and all-consuming in their maintenance. This disproportionate and screwed perspective of celebrity relationships has been seen in the past to drive fans to violence, as the extreme passion for a celebrity can be easily switched to hate when the relationship is one-sided and manufactured/imagined as played out in the unfortunate circumstance of the death of Rebecca Schaeffer in 1989 by a stalking fan.


Similarly, this “borderline pathological” obsession can lead fans to take on responsibilities, or desire to please their celebrity of choice. It has also been seen that fans partake in illegal activities on behalf of their celebrity, in order to hold up their end of the relationship or to get noticed by doing what could be illegal favors for the celebrities.


However it is the elevation of these individuals, which causes those who are susceptible--particularly teens or troubled individuals who are struggling to carve out their own identities--to follow, stalk or imitate what seems to be the obviously superior and perfect life of their celebrity of choice. They do this by either forming a one-way relationship with them or adopting all of their characteristics, as celebrity status condones the creation of societal norms as they, in the modern world, hold the highest status and it is human nature to try to achieve this high status.


In these cases, in which individuals are unhappy with their own lives, individuals may choose to “substitute” or adopt celebrities as their own identities or use them as projections of close friends or lovers as the celebrities are so widely and vastly accessible, they can provide a quick and easy escape from one’s own reality. However, while sometimes anxiety or self-hate causes people to obsess over celebrities, sometimes it can happen the other way around in that celebrity obsession or striving to be or to be close to a celebrity can cause anxiety, breakdown and self-hate as well as abandonment of one’s own personal life and identity. This biological tendency to copy what “works” for alpha males or females can be seen as sometimes being harmless-when one is “starstruck.” In other circumstances, it can be the root for causing individuals who are not totally satisfied in their own lives or relationships to completely adopt the persona and take on the responsibilities of society’s “alpha” individuals-as subconsciously, we see these celebrities and understand that who they are, what they are doing, their actions, appearances and behaviors really work. This can even drive people to change their appearances and get plastic surgery to become their favorite celebrity-we naturally want to emulate what we find fascinating or favorable, but sometimes it becomes a consuming obsession to become or to be part of something that is so available yet so untouchable.

Do you or your child have Celebrity Worship Syndrome? 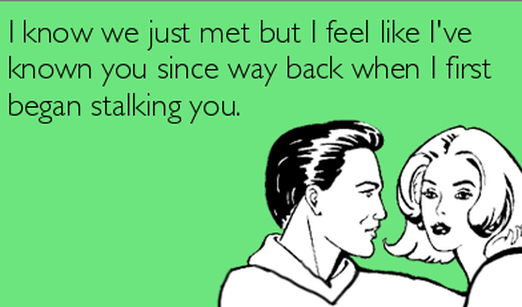